When preparing for birth there are all manner of things to consider, some might not even have crossed your mind when you first conceived. I know this to be true. Home or hospital? Natural birth, hypnobirth, pain relief, music, active, induction, birth partners and doulas are all things to be considered.

I know I was rather overwhelmed at how much I didn’t know about birth as I progressed along my pregnancy journey. I was hungry to know it all, and as such I read up as much as I possibly could during my pregnancy, surrounding myself with books including the classics by Ina May Gaskin and Grantly Dick-Read, which I highly recommend to anyone who wants to be well prepared and/or feels nervous about giving birth.

One of the best “how-to” pregnancy books I read was The Positive Birth Book by Milli Hill, which encouraged me to create my visual birth plan with the free downloadable icons available to those who purchase the book. As we know, things don’t always go according to plan, but it is good to have in your mind a desired outcome for the day. Here is a copy of my birth plan:

It was with great speculation that members of the Great British public waited for news on the birth of the latest addition to the royal family, whom we now know to be called Archie Harrison Mountbatten-Windsor. The media by and large reported that Meghan Markle had opted for a home birth, although this was never announced by the royal family. It has since transpired that the royals gave birth in a London hospital. Was this always the plan? Were they creating a diversion tactic to keep the press away? Who knows, but good on them for keeping their affairs as private as possible.

Leading up to my labour, I retreated into myself, my home and my other half, all part of the preparation. I mostly disconnected from social media and the web to focus on my big day. Our big day. The last thing I wanted was any distractions, and I certainly didn’t want to think of any family or friends waiting around for our imminent arrival, so imagine how Meghan might have felt with a whole nation waiting for news.

I opted for a home birth, with hypnobirthing (I practised and highly recommend The Wise Hippo Birthing Program) and waterbirth being important factors for me. When I told people I was planning for a home birth, the common response was “that’s very brave”, to which I would jokingly retort “I think people are brave going to hospital to give birth”. Not to undermine hospitals or the NHS at all, they do an amazing job, but I couldn’t imagine planning to give birth in a hospital environment when I could do so in the (relative) comfort of my own home. After my witty reply, I would then go on to explain that, contrary to popular belief, a hospital birth is not any safer than a home birth, as a 2011 study by Oxford University concluded, when the pregnancy and birth are considered low risk.

Staying at home not only meant that I was in familiar surroundings, it also meant that I, or we, were in complete control of the labour. Our midwives sat in our kitchen, quietly chatting amongst themselves and with Daddy-to-be whilst he kept them supplied with tea and biscuits. Meanwhile, I was in the birthing pool taking up most of our front room getting on with my surges (the term used for contractions in The Wise Hippo program) and hypnobirthing. The aforementioned study also showed that with hospital births comes an increased number of unplanned interventions, such as caesarean (“c-”) sections and the use of forceps or ventouse during birth: 54% of low-risk first-time mothers who had planned a hospital birth had interventions compared to 31% of those who started at home (around 45% of first time mothers trying for a home birth are transferred to hospital, usually for non-emergency reasons). I knew that I wanted as little intervention as possible. Whilst there is no denying that sometimes these procedures are necessary for mama’s or baby’s health, when they go ahead unplanned and even on occasions unnecessary, they can leave an emotional or physical trauma on the mother, baby and birth partner/group.

Our midwives kept Daddy-to-be pepped up, as he had been going for some time already filling the birthing pool up and then keeping the temperature at the optimum level. We had a very, very long beginning to the birth. My surges started around 1:30 Wednesday morning and I jumped the gun ever so slightly thinking “this is it!” and ordered the birthing pool to be prepared later on that morning. We were in touch with the midwives over the phone and having heard me have a surge or two whilst on the phone to my other half, they knew I was not in established labour yet, and suspected I wouldn’t be for quite some time. They were right as it turns out, I continued having regular, semi-intense but manageable, surges all day and when the midwife came by late on Wednesday afternoon my cervix was just 1cm dilated!

Following that afternoon’s anticlimactic announcement about my cervix it was recommended that I get some shut eye, so off to bed I went, leaving the father-in-waiting to handle the filling and climate control of the birthing pool. Around 2:30 Thursday morning I had my “bloody show” (something I had no idea existed until we took our antenatal classes!) in the bathroom, and then I realised that these surges were somewhat more intense, but still manageable. I tried to get a bit more sleep, but to be honest between the surges and the excitement it was hard to stay asleep for any length of time. The midwife came to assess my cervix again around 10 on Thursday morning by which point I was 4cm dilated and it was time to get in the pool.

It has been suggested that Meghan and Harry wanted a water birth. Looking deeper into water births I found out that although they were first documented in a medical journal in 1805, they first became popular in the 80s and 90s but it is only recently that they seem to have come back into fashion. Why might Meghan have wanted a water birth? Probably for the same reasons as me:

Music was an important part of my birth preparation, and I had amassed a playlist of around 80 hours worth of music by the time the big day arrived. This was made up of a combination of music from my reflexology and reiki sessions, classic relaxation music from Enigma and Pure Moods, and my hypnobirthing scripts. I had listened to this music not just during my treatments but also around the house for several months leading up to the birth. I can highly recommend spending time selecting your tracks and thinking about how your mood might be during the birth. For me, I knew I just wanted to keep calm and relaxed and have atmospheric music rather than any songs with words. Yes, 2018 was the year I officially got into “New Age” music, and although I don’t listen to the music as intently as I did in preparation for birth, whenever a track comes on shuffle in the car, I blissfully reminisce about the time I gave birth to our beautiful baby girl.

The last tabloid rumour around Meghan and Harry’s birth I’ll address in this piece is that of the appointment of a doula. A doula can also be known as a birth companion, birth coach or post-birth supporter. They are a non-medical person appointed to assist a woman and her birth partner before, during and after labour and are on hand to give emotional and physical support and help as necessary. Their main role is to care for the mother’s wellbeing, to help ensure the birth plan is respected wherever possible, and that the birth is the right birth for that day.

Whilst it’s still unclear whether Meghan and Harry opted for a doula, we gave great consideration to whether we would or not and ultimately decided not to appoint one. We decided that we were calm, confident and clued up enough to be our own doulas. If I hadn’t done all my reading up to make sure I knew what I was going into, and if Daddy-to-be hadn’t felt he could handle the situation himself if everything hit the fan, then we would have gone down the doula route. I met several on my pregnancy journey and they were all very open and approachable people (as you would expect), so if you are unsure, get in touch with one in your area and have an informal chat. This is how the relationship begins in most instances anyway, so don’t feel obliged to sign up on the spot.

Coming out on the other side, if you were to ask me would I do anything differently, my answer would be no! I felt that preparing my birth plan made any decisions about the way I wanted things to go very easy, and I was very fortunate to have the birth that I had planned and prepared for, the birth I dreamed of. Whilst you can never guarantee the birth you are going to have on the day, all I can tell you from my own personal experience is that I gave great thought to my birth plan, read up on birth like I was cramming for an exam, and ultimately just went with the flow. Plan the birth that you want, see what happens on the day, and be prepared for anything. The most important thing at the end of the day is that your baby arrives safely, both of you are healthy and that you have “the right birth on the day”, whatever that may be. 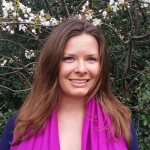 COVID-19 and Pregnancy – What’s Really Going On?
The coronavirus pandemic is causing a lot of stress for many people, not least pregnant women who ...
Uncategorized
Choosing to Have a Home Birth
Having a home birth is not a decision I took lightly. At 38, I was an older (terminologically ...
Preparing for Birth
Everything You Ever Wanted to Know About Doulas
What is a Doula? The word “doula” comes from the ancient Greek for servant or handmaiden. A doula is ...
Health & Wellbeing

CONNECT WITH US ON SOCIAL MEDIA